Discover Durban and the KwaZulu Natal

Durban is the largest city of the KwaZulu Natal province, known as the Garden Province, sitting alongside the Indian Ocean in the south-east of South Africa, with beautiful beaches, hilly plateaus and mountainous landscapes of the Lebombo and Drakensberg Mountains the ecosystems of KwaZulu are beautiful in their extremity.

The KwaZulu Region is rich in wildlife, the flora and fauna found here is highly varied, thanks in part to the two UNESCO World Heritage sites of iSimangaliso Wetland Park and uKhahlamba Drakensberg Park wetlands which play an important role in the migratory cycle of many birds and also land based animals. The rich biodiversity of the national parks is unusual, ranging from the Indian Ocean coral reefs and white-sand beaches to the savanna, hosting elephants, rhinos, whales, dolphins and leatherback turtles.

Durban is a modern city, the third most populous of South Africa it is a hive of activity set on the beautiful Indian Ocean, a rich cultural melting pot with a range of beliefs, traditions and cuisines that induces a heady enchanting mix. From Zulu to Afrikaners, Europeans to Indians this wonderful cosmopolitan city has plenty to entertain with sandy beaches, a range of architectural influences, the Natural Science Museum, shopping malls and theatres, this rapidly growing city is also the gateway to many of South Africa’s secrets.

Zulu, Xhosa, Afrikaans and English are the most widely spoken of the official languages 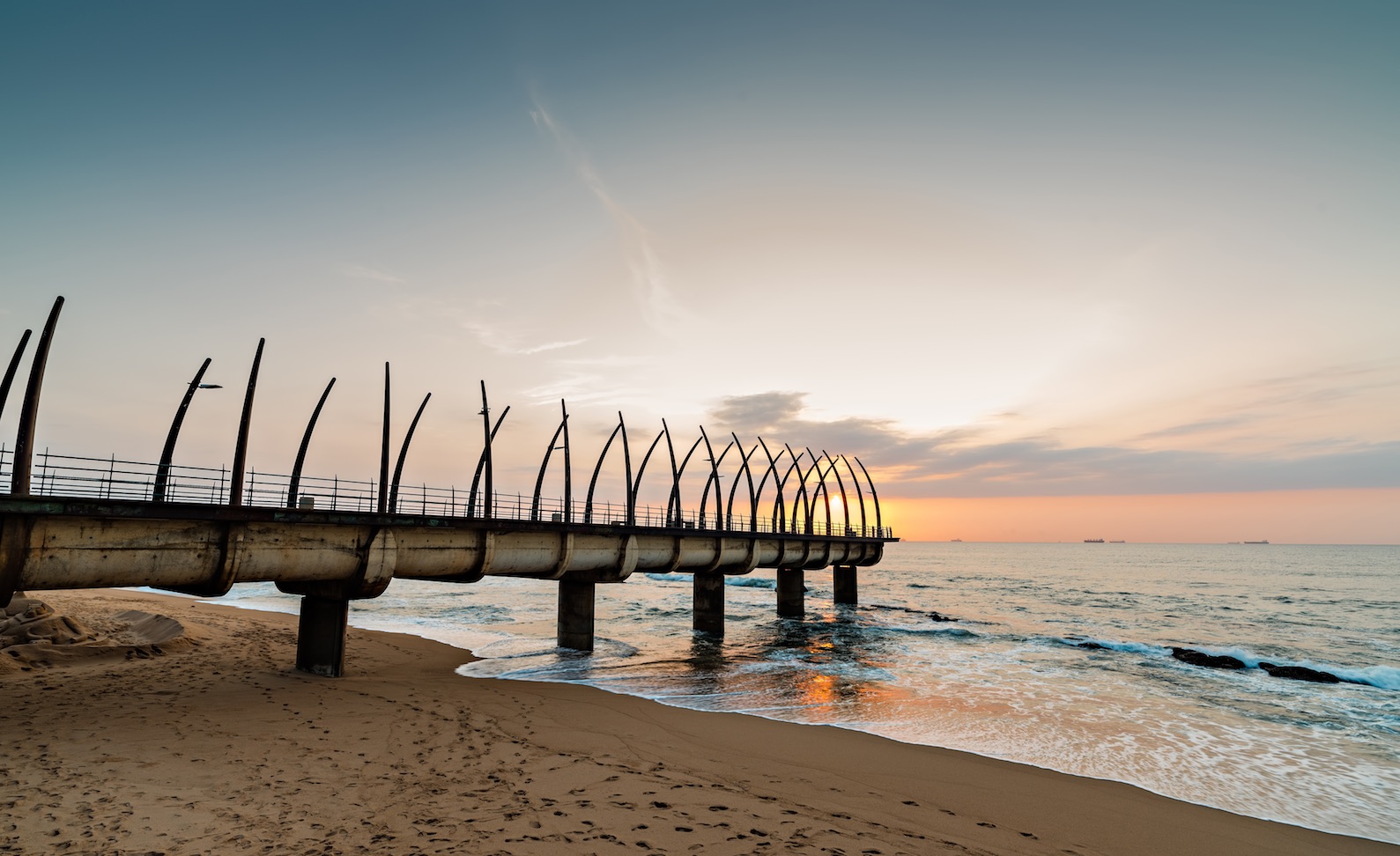 Whether you opt to relax in the private plunge pool of the Leopard Mountain lodge near Durban, head out in search of the Big Five at Kariega Game Reserve or enjoying the the beach chic vibe...
Read More

Let us find your African adventure

What to do in Durban and the KwaZulu Natal

The truly diverse iSamangaliso Wetland Park is staggering in its diversity; savannas, wetlands and coral reefs, it hosts a wishlist of the natural world with more animals than you might ever hope to see in one go

Find exceptional beauty at uKhahlamba Drakensberg Park Wetlands, with its dramatic landscapes, it’s a sanctuary for a range of endemic species. In the many caves and rocky outcrops there’s a wealth of San rock art to see

Durban’s beaches stretch far along the shoreline, the ‘Golden Mile’ features some of Durban’s best including South Beach, ideal for families. It makes for a wonderful place to relax and enjoy the warm sands after a safari adventure

Durban and KwaZulu Natal
We use cookies to ensure that we give you the best experience on our website. If you continue to use this site we will assume that you are happy with it.Ok